So here’s the second installment of me blogging recipes. It is a big step up in complexity from the “Epic Schüblig” last time, but still fairly simple to make. Plus it’s vegetarian compatible and tastes delish. For those not fluent in italian, the title means “Large tubes with broccoli and nuts”. 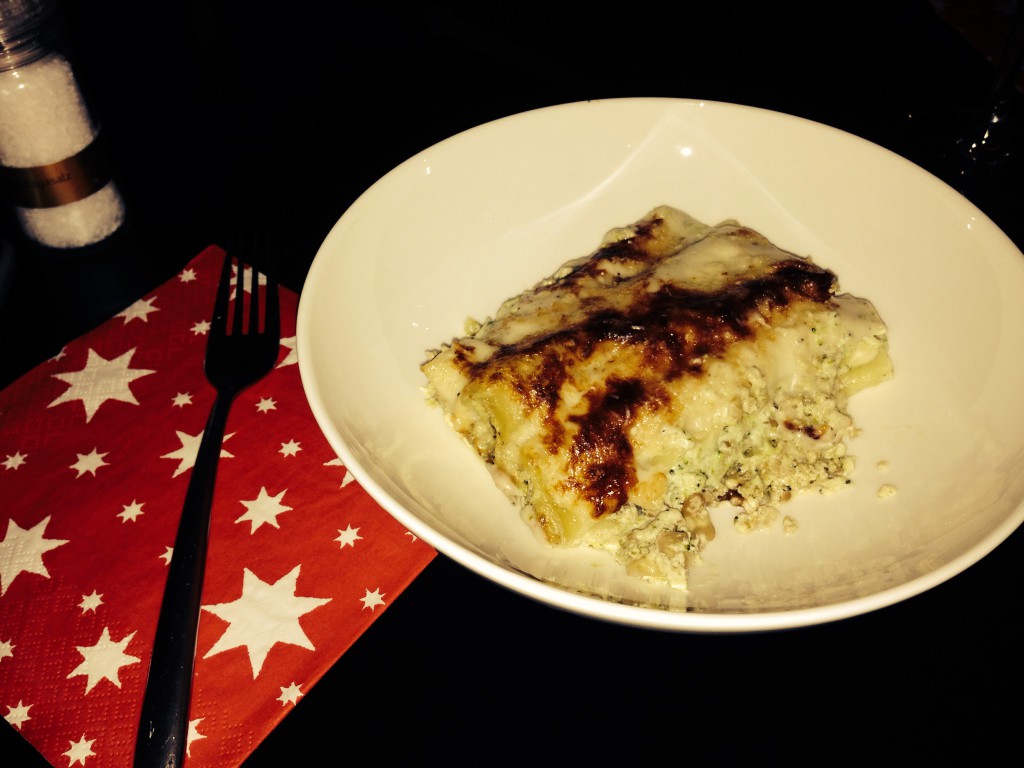 Serves 4 people (or 2 if distributed to 2 seperate meals, which is what we usually do):

For the Béchamel Sauce:

Probably the trickiest part is the cannelloni itself, which is basically a type of pasta that comes shaped as large tubes. Bring water to boil, salt well and throw all the cannelloni in. Turn the heat off and let them soak for about 2 minutes. They should not be cooked or too soft so you can easily fill them afterwards. Rinse with cold water and put aside.

Also cook the broccoli briefly until quite soft.

Take your cooked broccoli and chip it into really small bits. Add the ricotta and mascarpone and mix everything together until it all becomes smooth and creamy. Also add some of the parmesan and season to your liking. Chop up the walnuts, also into tiny bits and add to the mixture. If done right, the mixture should be really tasty, like that you could serve and eat it all in one go as a seperate dish. Omnomnom. 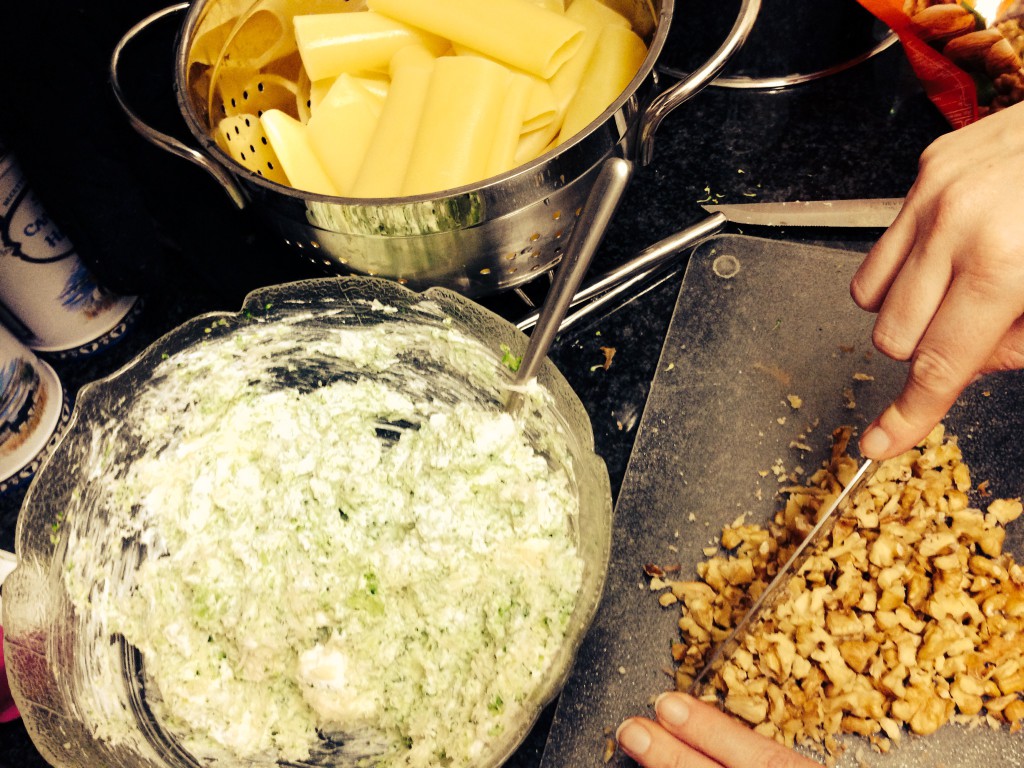 Everyone (even my all time favorite celebrity chef Jamie Oliver) talks about how difficult it is to make a good Sauce Bechamel right. I never understood them because it is actually easy as pie. Well in fact, a good pie is probably harder to get right, trust me.

This is how it goes:

Melt and bring the butter to cook slowly in a saucepan, as soon as it’s liquid slowly add the flour and whisk it into the butter quickly with a “swingbroom” – that’s what they call whisks in Switzerland.

It should become sort of a dough, so stop adding flour if the mixture becomes too dry and starts to crumble. Then pour in some of the milk and keep whisking quickly until you feel the “dough” has dissolved, then pour the rest of the milk. Keep whisking.

Some people add all sorts of things at this point, like onions or bay leaves, i usually put some whole black pepper corns but it’s not really necessary.

Keep whisking and put the heat to low (like 2 or 3 max, that’s on a stove that goes up to 9) so that things don’t burn or overcook. The trick is to keep whisking and not let the sauce burn at the bottom of the pan. After 5 minutes or so, the sauce should start to thicken and get a real nice consistency. Still keep whisking but you can now season with lots of salt and some pepper and a little bit of grated nutmeg.

If the sauce is too thick for your taste just add some more milk.

You’re all set now. Take a small spoon and fill your pre-cooked cannelloni tubes with the mixture. Stuff em really nice – it’s a bit tricky at first cause you’re supposed to fill it tightly but you’ll get the hang after having done a few tubes. 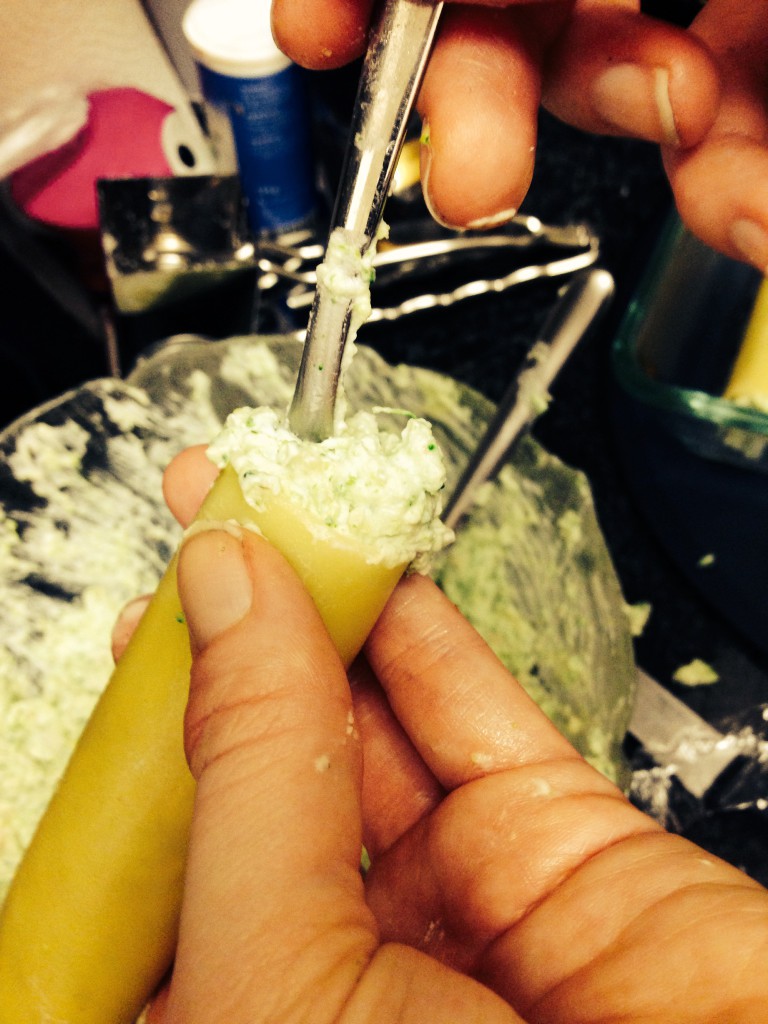 Lay the filled tubes down in a baking tray. After each layer, pour some of the bechamel sauce over and put another layer of tubes on top. After the last layer, pour the rest of the sauce and top it off with a real nice layer of grated parmesan. 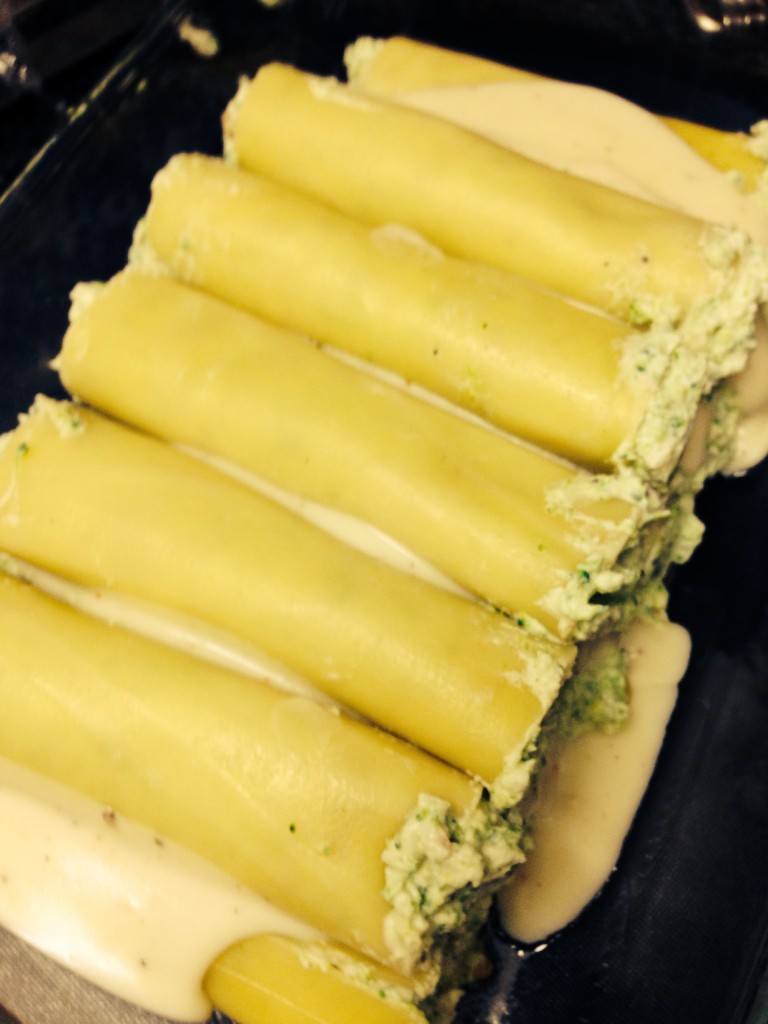 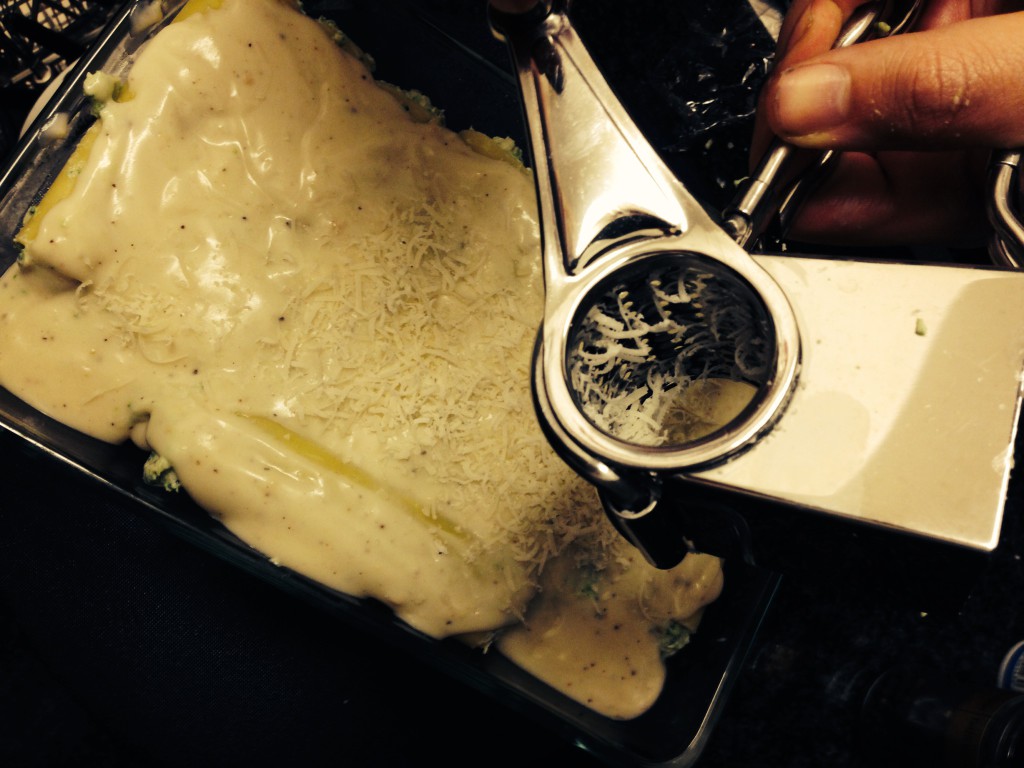 Put it in the oven at 200° for about 30 minutes or until nice golden brown as depicted below. 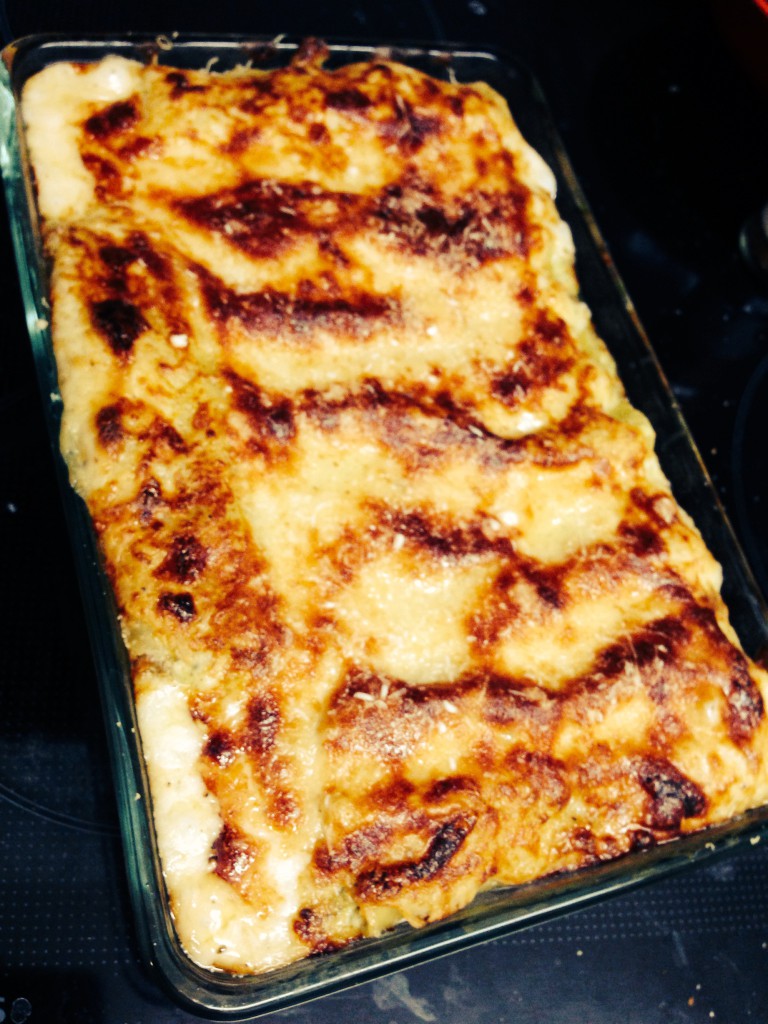 There’s of course some variations possible. If you don’t like your pasta all cooked up and mouth-melting lasagne style, just leave out the pre-cooking. Or go crazy with the cheese, substitute the mascarpone for gorgonzola or substitute the walnuts with pecan, though my wife says that the walnuts really make the difference.