This Post is actually a respone to an article of Daniel Jörg, a prolific blogger and musician – in case you speak german, you should really check out his post, which explains a lot about how to use Spotify in order to make new musical discoveries. In the last paragraph he asks us how we are using spotify to discover new tracks and artists. So, here is how i do it.

“I guess it looks as if you’re reorganizing your records. What is this though? Chronological?” 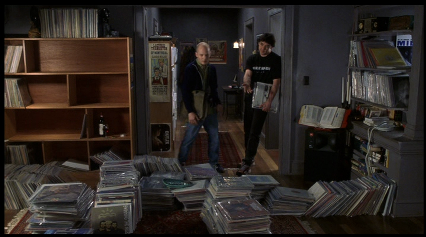 I have organised my Spotify Library in lots of playlists, some of which are categorized in genres (Punk, Pop, Indie, Dance), themes (Road Trip, Running, Evergreens) or hitlists (The Best of 2012, Favorite Albums of all Time). This covers mainly music i already now and love though. What about said discoveries?

Note to self: Check this out!

The first stop of all newly discovered music is usually a playlist titled “To check out” – it’s a “hidden” playlist which i do not share with the world, and one i use exclusively for myself in order to collect records and tracks that i otherwise would make a mental note to myself, that i have to “check this out” at any time. I usually put music there before even listening to it, usually when i read about it in a magazine, in a blog, a friend’s playlist or – and that’s one of the things i love most about Spotify – when someone tells me about it on a night out having drinks at a bar or club. Usually when i hear about a band or act this way, the mental none gets lost until the morning after. With Spotify, i can just pull out my iPhone and save said album in my “To check out” playlist for listening at a later time.

The Music in the “To check out” playlist usually stays there until i find the time and mood to give it a listen, after that, there’s three possibilities:

Every song i currently fancy, sometimes even complete records go into the “Heavy Rotation” playlist. They stay there until i get enough, which in some cases can be quite some time. I usually put the latest discoveries at the very top and tune the playlist a bit every once and then. Move stuff i wanna hear more on top for example. I try to stay away from the shuffle button as much as possible since i am not a big fan. I always feel like every shuffle in every music software is off in some way that it doesn’t really introduce a random element too much, but always gets stuck on the same songs or artists while others get no attention at all. If i feel like random music, i rather turn on one of the Spotify Radio Stations, but more on that topic later.

So that’s it, the “Heavy Rotation” reflects a wide array of styles and tracks that i currently like to listen to. In case i really really like to listen to a specific song, it get’s promoted and goes up along the musical food chain, straight into “The Best of Right now” Playlist.

I’ve always been fond of charts and hitlists of all sorts. Loved High Fidelity for that. When i was a little boy, i remember trying to find an algorithm for how to calculate how much i loved all my favorite songs of all my favorite band and come out with a sort of “Best of all Time” hitlist, something i am still trying today – another playlist in the making that is not yet ready for publication – i found it to be much easier to just put together something more temporary. Which is why i created a Playlist titled “The Best of right now”.

This playlist contains at all times exactly forty songs which i would count as my favorite songs of the moment. To keep some of the “Chartshow Attitude” i try keep their order in terms of popularity. Also i try to update the list at least once weekly. Usually, the list feeds from the “Heavy Rotation” and new discoveries – but there’s not just newly released music on there – occasionally there can be found real oldies and goldies as well as tracks that i just didn’t come across when they were released a few years ago.

At the end of every calendar year, i usually release compilations that contain the best releases during that year – i fill those lists during the year with the pearls that stay on top of the Weekly Charts long enough.

This playlist concludes the cycle in which musical discoveries are made for me. As i already mentioned at the beginning, I do keep an archive of sorts, discerning different themes, genres and further hitlists – the best of the best of the superhits of all time and such things. But this will be the topic of another post. Thanks for reading along, i’d be glad to hear how you’re using Spotify or any other software to make your musical discoveries!

If you care to get in touch with me on a musical level, it would be a pleasure!